When Fire Splits the Sky (Paperback) 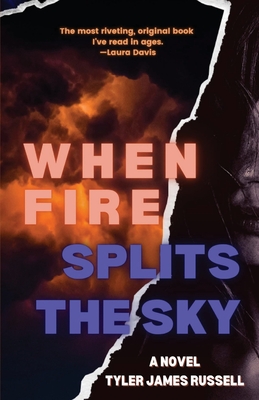 Following Ben's weekend hunting trip outside Juneau, his wife Maranda-a trauma survivor with multiple personalities-makes a discovery that looks like it will finally put their limping, less-than-a-year marriage out of its misery. But in the morning, when a cataclysmic blast throws the world into chaos, Ben and Maranda find themselves stuck in a car, heading north to Anchorage, on a seemingly hopeless quest to reunite with a missing family member before it's too late.

Driving for days through the fiery devastation, Ben and Maranda's marital and personal trauma plays out against what might be a global-or even cosmic-catastrophe. All the while, they are pursued by two men with dark ties to Maranda's past. To reach Anchorage, Ben and Maranda will be forced to confront their blackest secrets as they decide what any relationship might be worth at the end of the world.

Told in alternating chapters from Ben and Maranda's perspectives, When Fire Splits the Sky is an apocalyptic, psychological, road-trip thriller about the limits of our capacity to endure, change, and survive.