The Widows: A Novel (The Kinship Series #1) (CD-Audio) 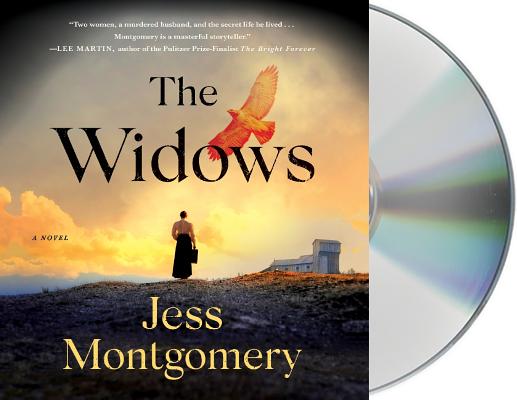 By Jess Montgomery, Susan Bennett (Read by)
$50.99
Email or call for price.

This is book number 1 in the The Kinship Series series.

Inspired by the true story of Ohio’s first female sheriff, The Widows by Jess Montgomery is a powerful debut about two women’s search for justice as they take on the corruption at the heart of their community.

Kinship, Ohio, 1924: When Lily Ross learns that her husband, Daniel Ross, the town’s widely respected sheriff, is killed while transporting a prisoner, she is devastated and vows to avenge his death.

Hours after his funeral, a stranger appears at her door. Marvena Whitcomb, a coal miner’s widow, is unaware that Daniel has died, and begs to speak with him about her missing daughter.

From miles away but worlds apart, Lily and Marvena’s lives collide as they realize that Daniel was not the man that either of them believed him to be—and that his murder is far more complex than either of them could have imagined.

Praise for The Widows:

“The Widows kept me on the edge of my seat. Jess Montgomery is a masterful storyteller. This is a novel about courage and the good hearts of women, and it builds, almost unbearably, to its stunning end.” — Lee Martin, Pulitzer Prize finalist and author of The Bright Forever

"Set when coal was king and the Pinkertons its strikebreakers, The Widows is a gripping, beautifully written novel about two women avenging the murder of the man they both loved."—Hallie Ephron, New York Times bestselling author of You'll Never Know, Dear

JESS MONTGOMERY is the Literary Life columnist for the Dayton Daily News and former Executive Director of the renowned Antioch Writers’ Workshop in Yellow Springs, Ohio. Based on early chapters of her novel The Widows, Jess was awarded an Ohio Arts Council individual artist’s grant for literary arts and the John E. Nance Writer-in-Residence at Thurber House in Columbus. She lives in her native state of Ohio.

Susan Bennett is known for her radio and television voiceover work. She has narrated a host of audiobooks, including those from bestselling authors Peggy Post, Linda Francis Lee, Dorothea Benton Frank, Emma McLaughlin, and Nicola Kraus. Her reading of Tiger, Tiger by Margaux Fragoso won an AudioFile Earphones Award. In describing Susan’s reading style, Publishers Weekly has said, “Bennett's narration is excellent: she draws the listener into the story... keeping the pacing brisk and entertaining.” Susan also dabbles in the music industry as the singer and keyboardist for The Interactive! Band. Along with her guitarist husband, Rick Hinkle, Bennett is the co-owner of Audiocam Music, a full service recording studio.

"With compassion and skill, Jess Montgomery deftly smashes stereotypes and puts a human face on the cost of coal mining in 1924 Appalachian Ohio. Rich with historical details, yet fast paced, The Widows revolves around a murder investigation. But it was the vivid voices of Lily Ross and Marvena Whitcomb that completely captivated my heart and kept me reading long into the night."
--Ann Weisgarber, author of The Personal History of Rachel Dupree

"Pulling back the curtain on a time and place where women's roles were too often overlooked, The Widows is full of characters who surprise those who underestimate them. A rich, empowering, and satisfying read." —Jessica Strawser, author of Not That I Could Tell

This months Riverstone Book Club selection The House Across the Lake: A Novel (Hardcover). END_OF_DOCUMENT_TOKEN_TO_BE_REPLACED