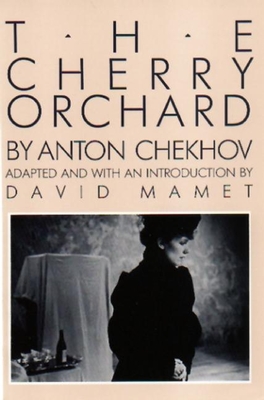 Pulitzer Prize-winning playwright David Mamet, in this unique adaptation of one of the great masterpieces of the theater, allows us to see Anton Chekhov's The Cherry Orchard in totally new and surprising ways. As Mamet explains in his introduction, he views the play as a series of scenes about sexuality and, particularly, frustrated sexuality rather than about a dying Russia. The result, said 'The Sentinel, ' blows a gust of fresh air into the old play while the Chicago Sun-Times called it audacious and] consistently arresting. Mamet the adaptor has turned Chekhov's Cherry Orchard into a Mamet play. Mamet's ear is famously impeccable, the dialogue is always authentic and convincing . . . . This is a tribute to its strong point of view and clear point of departure. If nothing else, it will help to undermine our silly critical notions of 'definitive' Chekhov. Mamet has made me rethink the play. - Robert Brustein, 'The New Republic'

Contributor Bio: Anton Pavlovich ChekhovChekhov was a playwright and master of the short story. He studied medicine at Moscow, and began to write while a student. His first book of stories in 1886 was successful, and gradually adopted writing as a profession. Contributor Bio: David MametMamet is the Pulitzer Prize-Winning Author and Director of numerous Plays and Films.

This months Riverstone Book Club selection The House Across the Lake: A Novel (Hardcover). END_OF_DOCUMENT_TOKEN_TO_BE_REPLACED