The Kite Runner (Play Script): Based on the novel by Khaled Hosseini (Paperback) 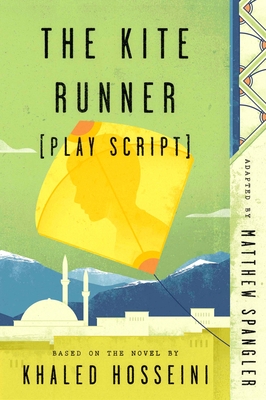 By Matthew Spangler
$17.00
Email or call for price.

The script for the stage production of Khaled Hosseini's first and internationally bestselling novel, The Kite Runner, as adapted by playwright Matthew Spangler.

The unforgettable, heartbreaking story of the unlikely friendship between a wealthy boy and the son of his father's servant, The Kite Runner is a beautifully crafted novel set in a country that is in the process of being destroyed. Now adapted for the stage, the story is about the power of reading, the price of betrayal, and the possibility of redemption, and is an exploration of the influence of fathers over sons--their love, their sacrifices, their lies.

A sweeping saga of family, love, and friendship told against the devastating backdrop of the history of Afghanistan over the last thirty years, The Kite Runner is an unusual and powerful story that has become a beloved, one-of-a-kind classic.

This adaptation was first performed at Wyndham's Theatre, London, in December 2016.

Matthew Spangler is an award-winning playwright and director. His adaptation of Khaled Hosseini's The Kite Runner received five San Francisco Bay Area Theatre Critics Circle Awards, including Best Original Script and Best Overall Production, and has been produced throughout the United States, Canada, and the UK. Some of his other plays include The Tortilla Curtain, adapted from the novel by T. C. Boyle; Albatross, based on The Rime of the Ancient Mariner, which was produced off-Broadway; Together Tea, from the novel by Marjan Kamali; and A Paradise It Seems, based on John Cheever's short stories. He is professor of performance studies at San José State University in California.

Praise for the play:

“Spangler skillfully balances the scenes in Asia with those of the Afghan refugees seeking to maintain their dignity and culture in the West. . . . It cannot but remind us of the thousands of vulnerable children in Syria today.” —The Independent

“The Kite Runner soars.” —The Telegraph

This months Riverstone Book Club selection The House Across the Lake: A Novel (Hardcover). END_OF_DOCUMENT_TOKEN_TO_BE_REPLACED