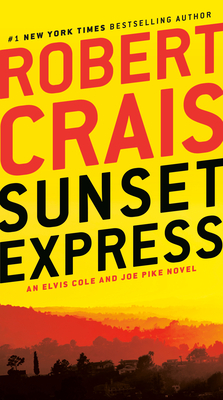 This is book number 6 in the An Elvis Cole and Joe Pike Novel series.

Prominent restaurateur Teddy Martin is facing charges in his wife’s brutal murder. But he’s not going down without spending a bundle of cash on his defense. So his hotshot attorney hires P.I. Elvis Cole to find proof that Detective Angela Rossi tampered with the evidence. Rossi needs a way back to the fast track after falling hard during an internal investigation five years ago. But Cole needs to know if she’s desperate enough to falsify the case against Martin in order to secure her own position. As Cole and his partner Joe Pike work their way through a tangle of witnesses and an even greater tangle of media, they begin to suspect that it’s not the police who are behind the setup.

ROBERT CRAIS is the author of many novels, including the New York Times bestsellers The Last Detective, Hostage, and L.A. Requiem. Learn more about his work at www.robertcrais.com.

“[Robert Crais] should be mentioned in the same breath as Robert B. Parker, Tony Hillerman, Sue Grafton, and James Lee Burke.”
–Houston Chronicle

“After Chandler we had James M. Cain, and after Cain there was Ross MacDonald, and currently we have Robert Crais.”
–Los Angeles Times Book Review

A PUBLISHERS WEEKLY BEST BOOK OF THE YEAR

This months Riverstone Book Club selection The House Across the Lake: A Novel (Hardcover). END_OF_DOCUMENT_TOKEN_TO_BE_REPLACED