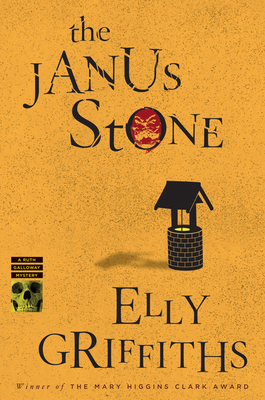 This is book number 2 in the Ruth Galloway Mysteries series.

“Fans of character-driven suspense and atmospheric writing are sure to enjoy this new mystery series. Forensic anthropologist Ruth Galloway discovers ominous links to ancient sacrificial rites when a child's headless skeleton turns up in the foundation of an old house. Detective Chief Inspector Harry Nelson, the married father of Galloway's unborn child, becomes the investigating officer, and the murderer sees a chance for blackmail. I look forward to reading more in this series!”
— Carol Schneck, Schuler Books & Music, Okemos, MI

It’s been only a few months since archaeologist Ruth Galloway found herself entangled in a missing persons case, barely escaping with her life. But when construction workers demolishing a large old house in Norwich uncover the bones of a child beneath a doorway—minus its skull—Ruth is once again called upon to investigate. Is it a Roman-era ritual sacrifice, or is the killer closer at hand?

Ruth and Detective Harry Nelson would like to find out—and fast. When they realize the house was once a children’s home, they track down the Catholic priest who served as its operator. Father Hennessey reports that two children did go missing from the home forty years before—a boy and a girl. They were never found. When carbon dating proves that the child’s bones predate the home and relate to a time when the house was privately owned, Ruth is drawn ever more deeply into the case. But as spring turns into summer it becomes clear that someone is trying very hard to put her off the trail by frightening her, and her unborn child, half to death.

ELLY GRIFFITHS is the author of the Ruth Galloway and Brighton mystery series, as well as the standalone novels The Stranger Diaries, winner of the Edgar Award for Best Novel, and The Postscript Murders. She is the recipient of the CWA Dagger in the Library Award and the Mary Higgins Clark Award. She lives in Brighton, England.

This months Riverstone Book Club selection The House Across the Lake: A Novel (Hardcover). END_OF_DOCUMENT_TOKEN_TO_BE_REPLACED