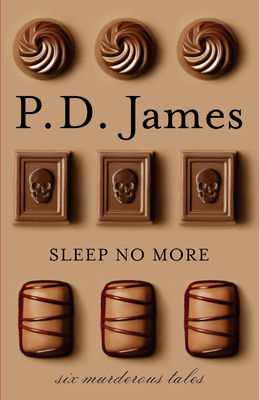 When it comes to crime, it’s not always a question of “who dunnit?” Sometimes there’s more mystery in the why or the how. And what about the clever few who carry out what appears to be the perfect crime? Or whose most essential selves are changed by the crimes they commit? And what about those who know the identity of the murderer but keep the information to themselves? These are some of the questions that these six stories begin to unlock as they draw us into the inner workings—the thoughts and emotional machinations, the recollections and rationalizations, the dreams and desires—behind both murderous cause and effect. And no one gets inside the head of a perpetrator—or makes it a peerlessly thrilling and entertaining read—like the incomparable P. D. James.

P. D. James was the author of twenty-one books, many of which feature her detective hero Adam Dalgliesh and have been televised or filmed. She was the recipient of many honors, including the Mystery Writers of America Grand Master Award and the National Arts Club Medal of Honor for Literature. In 1991 she was created Baroness James of Holland Park. She died in 2014 at the age of ninety-four.

“A sophisticated collection. . . . Stylishly told and worthy of being read aloud by the fire.” —The New York Times Book Review

“An unexpected delight. . . . This small collection is indeed a gift. . . . James’ skills at complicating the genre are never more apparent than here.” —USA Today

“Terrific. . . . It is difficult to imagine a more pleasing afternoon than one beside a fire or radiator, with a pot of tea to hand and autumn rain against the window, while settling in for a series of delightful shocks.” —The Guardian

“Delicious and smart. . . . The newly collected short stories all have her familiar twists and turns, tales of English privilege and cunning attitude woven deftly into the human condition.” —Minneapolis Star Tribune

“[James’s] nostalgic style harks back to the golden age of the 1920s and 1930s, of Agatha Christie and Margery Allingham; James called on similar motifs from that era, but developed them further with psychological insight and a gleeful darkness.” —Financial Times

“When it comes to murder you can safely leave it to P.D. James, that expert in elegant homicide. . . . [A] delightfully macabre collection.” —The Washington Times

“Appeals to the mind while chilling the heart. And the six stories in this collection achieve that double duty with style and smarts. . . . James’ trademark prose combines elegance, precision and a bit of wry humor.” —Richmond Times-Dispatch

“Sublime. . . . She never puts a word wrong. . . . She is the unrivalled portrayer of the sort of bad character who keeps up a convincing performance until the mask is torn off to reveal evil intent. With endings sometimes shocking and never less than surprising, she leaves her readers gasping.” —The Daily Mail

“Wondrous. . . . Ceremonious, nasty, and very welcome indeed.” —Kirkus Reviews
“Here's a treat for fans of the late P.D. James’s crime fiction: a collection of six stories, polished gems that spotlight her skills at plotting, building realistic characters, and conveying the subtlest hints of subtext through dialogue. . . . A must-read for fans of one of the most influential crime-fiction authors of the twentieth century.” —Booklist