The Flight Attendant: A Novel (Hardcover) 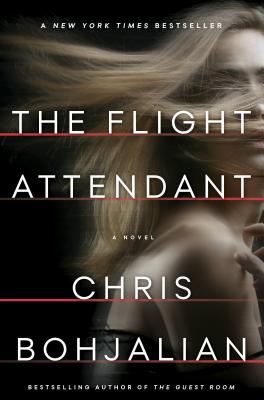 By Chris Bohjalian
$26.95
Email or call for price.

From the author of The Guest Room, a powerful story about the ways an entire life can change in one night: A flight attendant wakes up in the wrong hotel, in the wrong bed, with a dead man - and no idea what happened.

Cassandra Bowden is no stranger to hungover mornings. She's a binge drinker, her job with the airline making it easy to find adventure, and the occasional blackouts seem to be inevitable. She lives with them, and the accompanying self-loathing. When she awakes in a Dubai hotel room, she tries to piece the previous night back together, counting the minutes until she has to catch her crew shuttle to the airport. She quietly slides out of bed, careful not to aggravate her already pounding head, and looks at the man she spent the night with. She sees his dark hair. His utter stillness. And blood, a slick, still wet pool on the crisp white sheets. Afraid to call the police - she's a single woman alone in a hotel room far from home - Cassie begins to lie. She lies as she joins the other flight attendants and pilots in the van. She lies on the way to Paris as she works the first class cabin. She lies to the FBI agents in New York who meet her at the gate. Soon it's too late to come clean-or face the truth about what really happened back in Dubai. Could she have killed him? If not, who did?

Set amid the captivating world of those whose lives unfold at forty thousand feet, The Flight Attendant unveils a spellbinding story of memory, of the giddy pleasures of alcohol and the devastating consequences of addiction, and of murder far from home.

CHRIS BOHJALIAN is the author of twenty books, including The Guest Room; Close Your Eyes, Hold Hands; The Sandcastle Girls; Skeletons at the Feast; The Double Bind; and Midwives which was a number one New York Times bestseller and a selection of Oprah's Book Club. Chris's work has been translated into more than thirty languages, and three novels have become movies (Secrets of Eden, Midwives, and Past the Bleachers). Chris lives in Vermont and can be found at www.chrisbohjalian.com or on Facebook, Instagram, Twitter, Litsy, and Goodreads.

"Filled with turbulence and sudden plunges in altitude, The Flight Attendant is a very rare thriller whose penultimate chapter made me think to myself, 'I didn’t see that coming.' The novel—Bohjalian’s 20th— is also enhanced by his deftness in sketching out vivid characters and locales and by his obvious research into the realities of airline work." —Maureen Corrigan, The Washington Post

"An expertly turned thriller… An assured novel about reckoning not just with some ruthless bad guys, but private sadness as well… [Bohjalian]’s developed a graceful hand at thriller mechanics, smoothly shifting from Cassie’s private paranoia to the intricacies of spycraft and mercenaries to the public tabloid sensation she’s become. He’s back-loaded the story with twists, from ones that were hinted at early to left-field surprises. And the brisk and busy ending is a fireworks show of redemption, revelation and old-fashioned gunplay." —Mark Athitakis, USA Today

"Flight attendant Cassie Bowden: a self-destructive alcoholic who favors one-night stands, a gifted liar, a petty thief. But she's also someone we can relate to: a soul damaged during childhood, terribly alone, and desperate for love… Readers who enjoyed the imperfect heroine in Paula Hawkins's The Girl on the Train and the anxiety-ridden paranoia of Fyodor Dostoyevsky's Crime and Punishment will be hooked by this murder mystery." —Library Journal (Starred Review)

"Bohjalian is an unfaltering storyteller who crosses genres with fluidity, from historical fiction to literary thrillers…a read-in-one-sitting escapade that is as intellectually satisfying as it is emotionally entertaining."—Booklist (Starred Review)

"The stakes couldn't be higher (literally)as Cassandra pieces together a mystery while working 40,000 feet above ground in Chris Bohjalian's gripping The Flight Attendant. Read it before Kaley Cuoco stars in the upcoming series!" —Cosmopolitan

"[Bohjalian's] 20th novel...combines popular tropes with a serious examination of social issues. Binge-drinking flight attendant Cassandra Bowden wakes up with another bad hangover in a Dubai hotel room and finds the man she spent the night with lying dead beside her... What really happened? And what are the consequences of addiction, deception, and denial? Fans are lining up." —Barbara Hoffert, Library Journal

"A magnificent book…sleek and gorgeous…This is a Master Class in fiction."
—Augusten Burroughs

"The author provides enough twists for a roller coaster fan... The beauty of the book is that, along with the politics of the plot, Cassie’s humanity comes through...the last 100 pages turn tense as you try to follow the unexpected but believable surprises Bohjalian has in store and answers whether Cassie can find salvation." —Amanda St. Amand, St. Louis Post-Dispatch

"A high-octane thriller that will have you holding your breath with every page…As if ripped from today’s headlines, Bohjalian paints a vivid portrait of death and despair on a canvas of Russian espionage." —Nicholas Addison Thomas, Fredericksburg Free Lane-Star

This months Riverstone Book Club selection The House Across the Lake: A Novel (Hardcover). END_OF_DOCUMENT_TOKEN_TO_BE_REPLACED