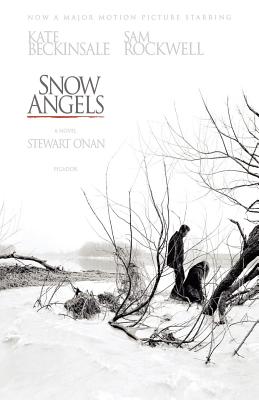 In Stewart O'Nan's Snow Angels, Arthur Parkinson is fourteen during the dreary winter of 1974. Enduring the pain of his parents' divorce, his world is shattered when his beloved former babysitter, Annie, falls victim to a tragic series of events. The interlinking stories of Arthur's unraveling family, and of Annie's fate, form the backdrop of this intimate tale about the price of love and belonging, told in a spare, translucent, and unexpectedly tender voice.

Stewart O’Nan's novels include Last Night at the Lobster, The Night Country, and Prayer for the Dying. His novel Snow Angels was the basis of the 2007 film of the same name. He is also the author of the nonfiction books The Circus Fire and, with Stephen King, the bestselling Faithful. Granta named him one of the Twenty Best Young American Novelists. He lives in Pittsburgh.

“A thriller of the heart, at once suspenseful and emotionally absorbing.” —Newsday

“Beautiful and harrowing . . . An exquisite double helix, each of its two strands a tale of an unraveling family, curving in tenuous but essential relation to the other.” —Elle

“Stunning . . . A truthful and deeply sad picture of the American hinterland, which has lost religion and maybe also lost its capacity for sustained love. . . . Wonderfully effective . . . O'Nan sees with a vengeance.” —The New York Times Book Review

“Haunting . . . a whole that's much more than the sum of its parts . . . Moving, beautifully constructed, morally complex.” —The Washington Post Book World

“Stunningly heartbreaking . . . It has an air of the intricately beautiful tragedies of Edith Warton. . . . All [the characters] are flawlessly imprinted, like perfect snow angels with no tracks leading away.” —The Times-Picayune (New Orleans)

This months Riverstone Book Club selection The House Across the Lake: A Novel (Hardcover). END_OF_DOCUMENT_TOKEN_TO_BE_REPLACED