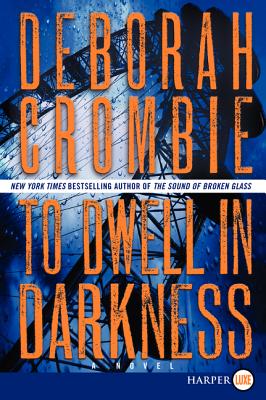 This is book number 16 in the Duncan Kincaid/Gemma James Novels series.

In the tradition of Elizabeth George, Louise Penny, and P. D. James, New York Times bestselling author Deborah Crombie delivers a powerful tale of intrigue, betrayal, and lies that will plunge married London detectives Duncan Kincaid and Gemma James into the unspeakable darkness that lies at the heart of murder.

Recently transferred to the London borough of Camden from Scotland Yard headquarters, Superintendent Duncan Kincaid and his new murder investigation team are called to a deadly bombing at historic St. Pancras Station. By fortunate coincidence, Melody Talbot, Gemma's trusted colleague, witnesses the explosion. The victim was taking part in an organized protest, yet the other group members swear the young man only meant to set off a smoke bomb. As Kincaid begins to gather the facts, he finds every piece of the puzzle yields an unexpected pattern, including the disappearance of a mysterious bystander.

The bombing isn't the only mystery troubling Kincaid. He's still questioning the reasons behind his transfer, and when his former boss—who's been avoiding him—is attacked, those suspicions deepen. With the help of his former sergeant, Doug Cullen, Melody Talbot, and Gemma, Kincaid begins to untangle the truth. But what he discovers will leave him questioning his belief in the job that has shaped his life and his values—and remind him just how vulnerable his precious family is.

“enriched by a wealth of detail about St. Pancras’ history and architecture that would do Margaret Truman proud.” — Kirkus Reviews

“The unmasking of the killer was chilling but Ms. Crombie’s setup for the next book is just as cold… TO DWELL IN DARKNESS is a fitting title to the mystery of murder and for what may be happening next.” — Romance Junkies

“As always, the characters have rich personal lives, and their interaction makes the story more nuanced and compelling.” — Contra Costa Times

This months Riverstone Book Club selection The House Across the Lake: A Novel (Hardcover). END_OF_DOCUMENT_TOKEN_TO_BE_REPLACED